On the 2nd of August, we had a thunder and lightning storm that lasted for seven hours, the longest one we’ve witnessed since we moved to Perry’s Point (nearly) five years ago. There was torrential rain off and on throughout, but these pics were taken during the dry lightning act of the show.

This time, I can’t take credit for the photography. My daughter Denise and her husband Dave captured parts of the electrical event on their cellphones during their visit with us. I had no idea smartphones could take such great pictures!

Notice, in most of them, the phenomenon of shelf clouds with the bonus of the setting sun in the shrouded background. 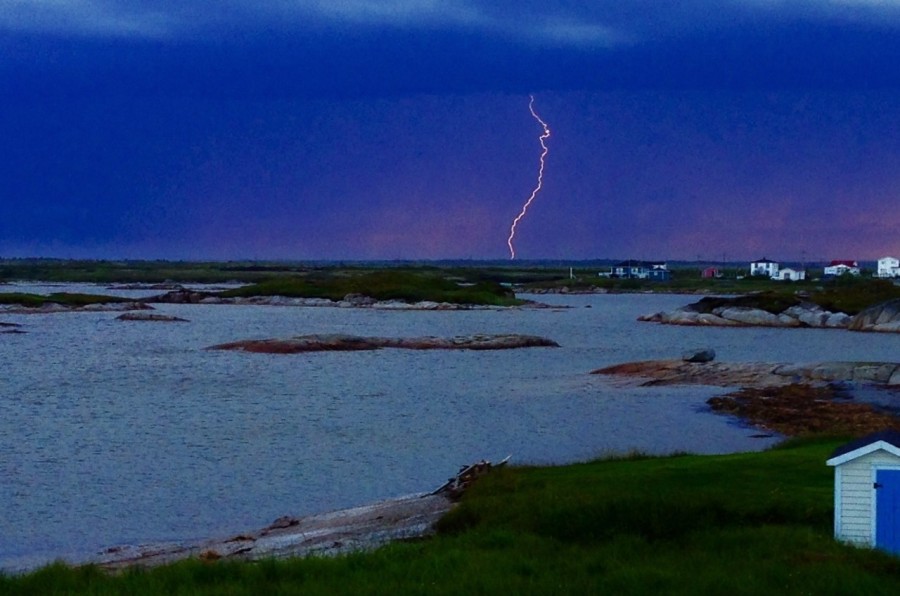 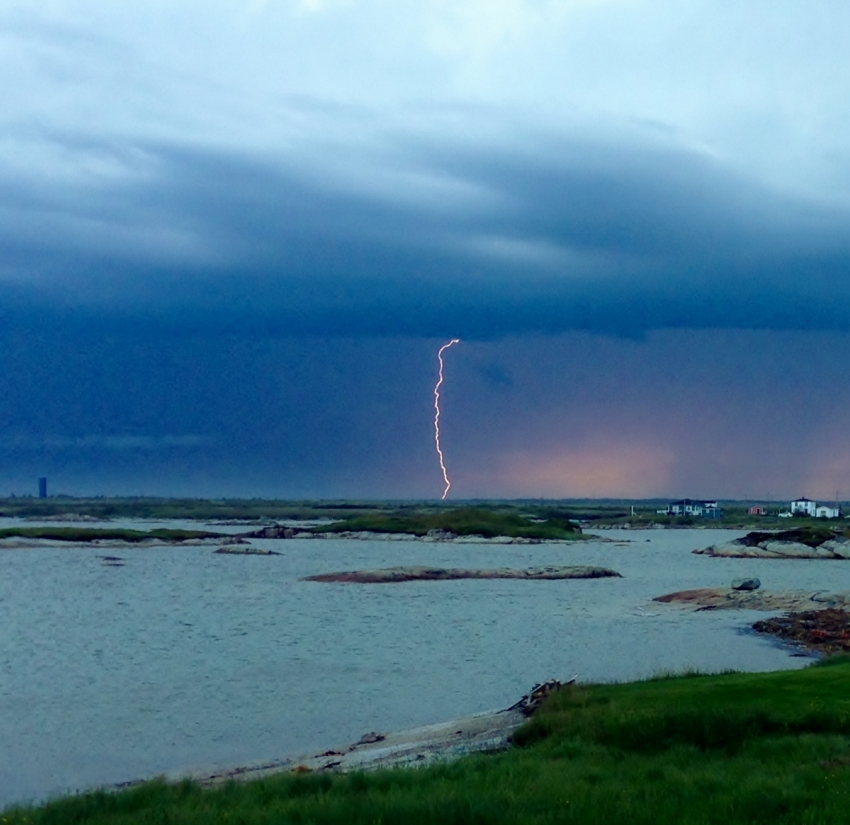 Tomorrow we have a high Humidex warning with values approaching mid-thirties.
More unsettled weather may be coming.

Eek! Could another thunderstorm be on its way?