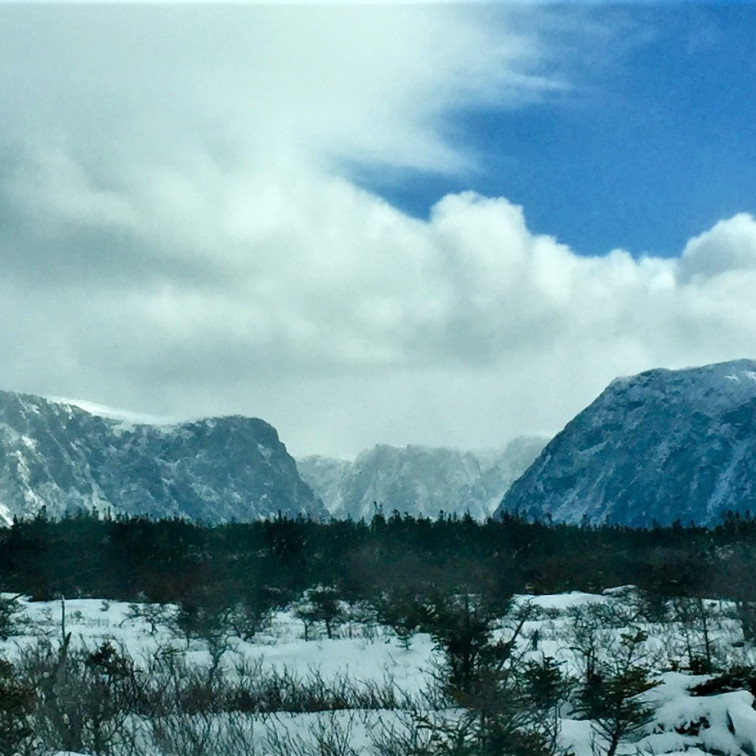 Mountains around the Western Brook fiord

Last weekend I accompanied my husband on a work trip to the Great Northern Peninsula. Also known as the Viking Peninsula, it is a large rural area in western Newfoundland, located north of Gros Morne National Park and extending to L’Anse aux Meadows National Historic Site, a former Viking settlement at its northern tip. The region is known for its Long Range Mountains, the most northern section of the Appalachians.

Both the park and the Viking settlement are UNESCO World Heritage sites.

Having visited the region several times in summer, I was excited to travel to the west coast for my first opportunity to see the mountains covered in snow. Lucky timing too, as it’s been an odd winter. Most areas off the Avalon Peninsula didn’t get any amount of snow until late February and early March. Marble Mountain skiers didn’t hit the slopes until March 4th, due to lack of snow and the new Covid-19 variant. Strange times indeed!

Paul’s work will soon take us to the lovely town of Bonavista, another locale I look forward to seeing in the off-season for the first time. Stay tuned for more photos! Perhaps they’ll be more spring-like.  🙂 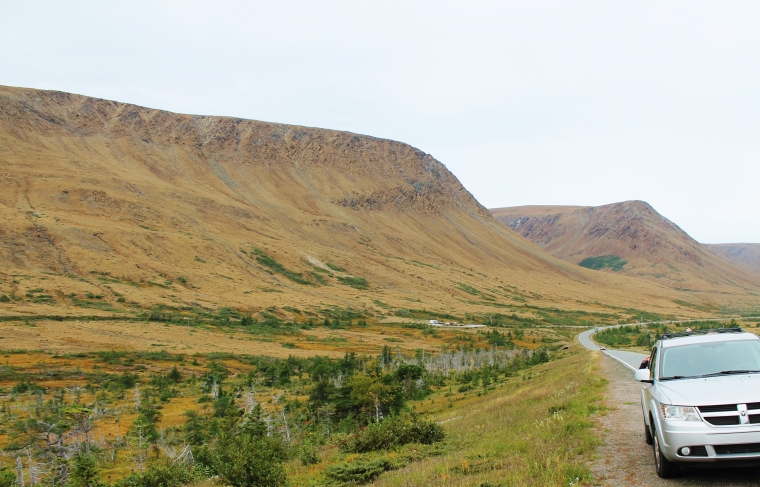 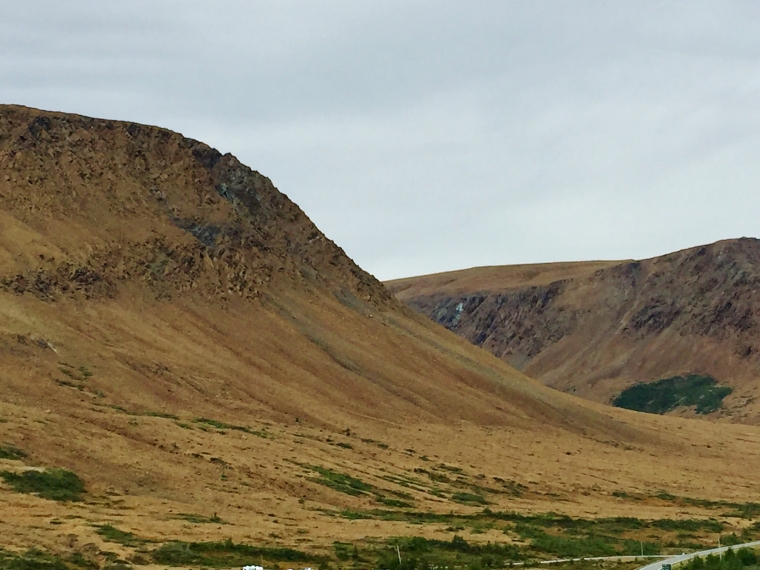 On our trip to the west coast of Newfoundland this past weekend, we took a drive to see one of the best-loved sites in the area, the Tablelands.

The Tablelands, found between the towns of Trout River and Woody Point south-west of Gros Morne National Park, look more like a barren desert than traditional Newfoundland.

This is due to the ultramafic rock (high in minerals), peridotite, which makes up the Tablelands. It originated in the Earth’s mantle and was forced up from the depths during a plate collision several hundred million years ago. Peridotite lacks the usual nutrients required to sustain most plant life, hence its barren appearance. Peridotite is high in iron, which accounts for its brownish rust colour.