A Newfoundland legend has passed.

Ron Hynes lost his battle with cancer yesterday, but the St. John’s native and the “man of a thousand songs” will be remembered in this province as one of our best and most talented singer-songwriters.

I’ve loved Ron’s music ever since he performed as front man with the Wonderful Grand Band on a local early-80’s TV show. But when I saw him sing and play at the Fat Cat on George Street one night in the early nineties, I knew he would be an enduring musical storyteller and an artistic treasure.

Sonny’s Dream, his most famous song internationally, has been recorded by many artists such as Valdy and Emmy Lou Harris. Have a listen:

As much as I love that song, the following is perhaps my personal favourite. The lyrics alone, in my opinion, elevate its author Ron to the deserving title of our finest wordsmith and poet.

All the sailors got a story
Some are true, some are false
But they’re always wrecked
and they’re up on the deck
Dancin’ the St. John’s Waltz 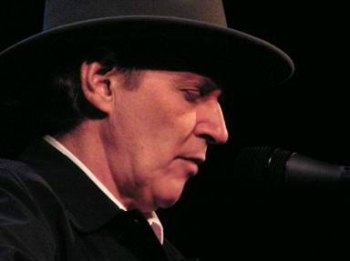 So don’t question or inquire
What’s been gained, what’s been lost
In a world of romance don’t miss out on the chance
To be Dancin’ the St. John’s Waltz

Rest in peace, Mr. Hynes.
Your music will continue to live on through our playlists and in our hearts.

33 thoughts on “Man of a Thousand Songs”